Synopsis: A young Orthodox couple out for a night on the town travel to the other side of town and decide to change their identities.

Synopsis: Tucker and Lance attempt to break a rut in their marriage by trying to seduce a stranger at their local bar.

The Art of a Lost Trade

Synopsis: The lives of clockmakers standing stalwart against the rising tide of consumerism.

Synopsis: A meditation on sexual identity and personal chaos. 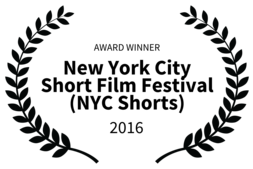 Synopsis:An anxious and penniless woman discovers a bizarre way to get herself out of financial trouble.

Synopsis: A portrait of virtuoso pianist Oscar Peterson at the twilight of an exceptional career.

Synopsis: Jacqueline is starting to lose her mind -- and she's literally forgetting her head now and then.

The Reinvention of Normal

Synopsis:  Artist/inventor/designer Dominic Wilcox takes the normal and turns it into something unique.

Synopsis: At the 121st annual Penn Relays track meet in Philadelphia, three runners prove that age is just a number.

The Last Leatherman of the Vale of Cashmere

Synopsis: An aging leatherman makes a weekly pilgrimage to the cruising destination of his youth.

Synopsis: The streets have become a hotbed of racial tension and hate about to explode.

The Principle of Grace

Synopsis: Rita, a nurse for the Social Welfare Department, is accompanied by Mali, a student, as she makes her house calls.

Synopsis:The story of a woman who is shot and killed during a vacation with her family.

What Happens in your Brain if you see a German word like...?

Synopsis: A surrealistic trip into the world of an extremely long German word.